Adoration of the Blessed Sacrament 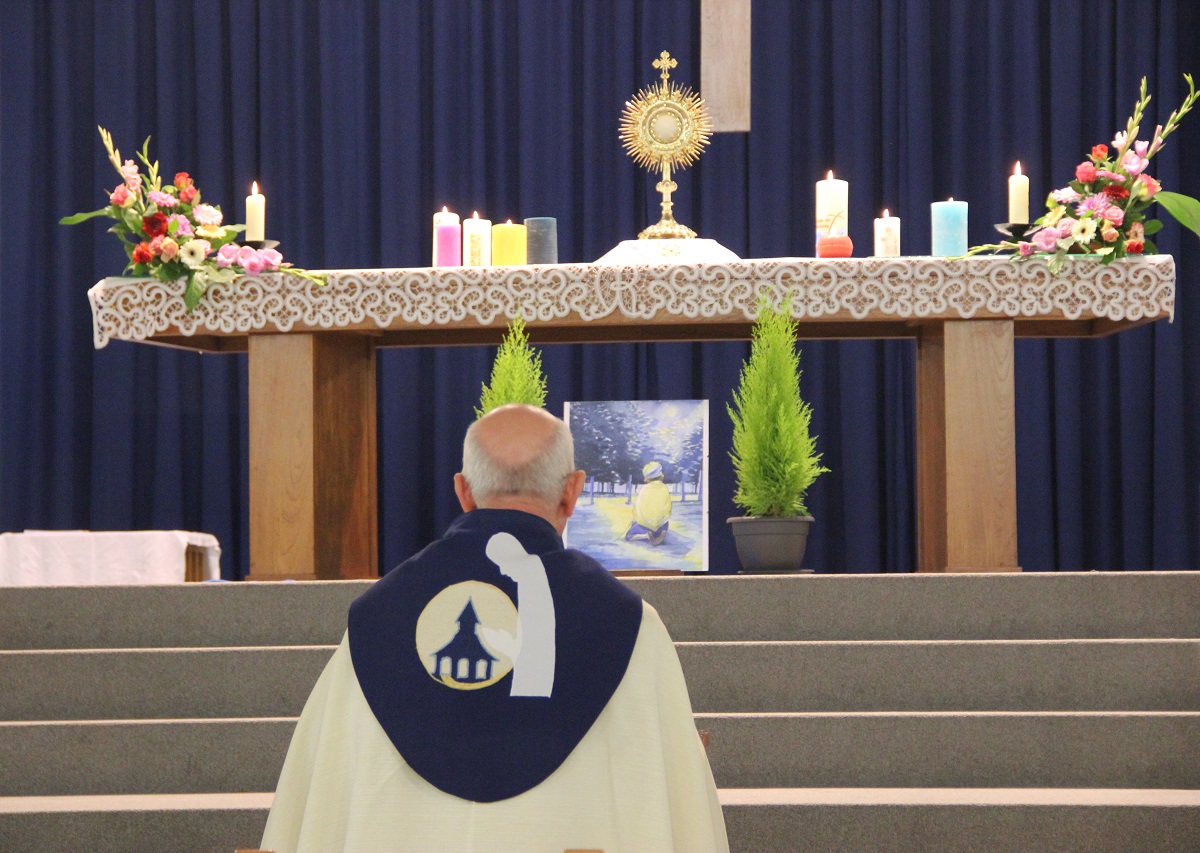 On 19th January 1933, Mary said to Mariette, “This Source is for all nations”. The reference to Christian baptism is very clear: “All nations” are called to enter in the one people of God through the proclamation of the gospel and baptism.

On 30th January of the same year, Adolf Hitler and his nationalist party came to power: a deadly ideology would deteriorate some nations and led to the catastrophe of the Second World War. The equal dignity of nations was denied.

After the war, the chaplain, Georges Jacob, recognised and promoted the international character of Banneux. The message of the Virgin of the Poor invites us to pray with perseverance for peace between nations and the unification of Europe. He found an ally of choice in the German chancellor, Konrad Adenauer.

Saint-Michel and Sainte-Jeanne-d’Arc chapel has been a place of prayer for justice and peace in the world since 1960.

It is the place of silent adoration throughout the pilgrimage season. With eyes fixed on Jesus, Prince of Peace, are those who wish to have the opportunity to pray at length for countries at war, for people suffering from misery and blatant injustice, for understanding and fraternity among men.

Virgin of the Poor – save the nations!

… I saw that there was a huge number, impossible for anyone to count, of people from every nation, race, tribe and language; they were standing in front of the throne and in front of the Lamb… worshipping God (Revelation 7:9-11)