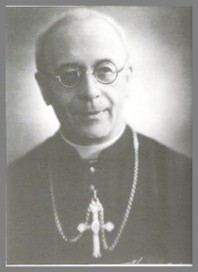 gr Louis-Joseph KERKHOFS
On July 13, 1934, Bishop Kerkhofs had the following words: Let us pray together to the Virgin so that she helps us and enlightens us, and that she hastens the solution which complies with her desires, and – why keep it quiet! – to ours.

And a few years later, in his pastoral letter of August 22, 1949, he declared: We want to show that we truly believe that the Blessed Virgin appeared and spoke in Banneux. This conviction entails obligations for us. Twice, first in 1942, then in 1947, we officially recognized, with some reservations, the reality of Banneux’s apparitions. Today, after two more years of prayer and observations, we believe in conscience that we can and must recognize this reality without reserve, namely, the reality of the eight apparitions of the Blessed Virgin to Mariette Beco, which took place on the 15th, January 18, 19 and 20, February 11, 15 and 20 and March 2, 1933.

Bishop Guillaume-Marie VAN ZUYLEN
Bishop van Zuylen followed the same approach as his predecessor (review Our Lady of the Poor March-April 1973): The Message of Banneux which, in 1933, was received with a prudent faith, but very simple and very humble and with great joy, by my venerated predecessor, Mgr Kerkhofs, has lost nothing of its relevance, on the contrary … as successor of Mgr Kerkhofs, as bishop of Liège, I would like to say that I fully share the position taken by my predecessor.

Further, he asserted (review Our Lady of the Poor May-June 1973): It is good to remind us, at this time, of the Message of Banneux. It contains in a few words, a few sentences that are familiar to you, but it is so evangelical that one can say, without exaggeration, that it shares in the inexhaustible wealth of the Good News, preached by Jesus. We have never finished scrutinizing, meditating on this message. You should do it, in order to assimilate its substance, and to live from it. 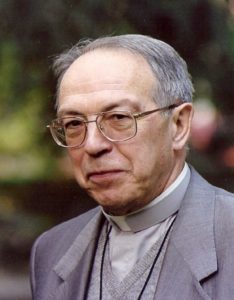 Bishop Albert HOUSSIAU
Bishop Houssiau did not hesitate to confirm the words of his predecessors (review Our Lady of the Poor January-February 1993): This message retains all its relevance. Like my predecessors, I recognize the reality of the apparitions, the evangelical purity of the message and the spiritual health of the pastoral action of Banneux. I place all the apostolic and charitable work of the diocese under the maternal protection of the Virgin of the Poor.

He also completed his first statements (review Our Lady of the Poor July-August 1999): Recognizing the grace that has been given to us in this place is also to work for its actualization for ourselves and for the men and women of today, in particular for the rising generations. Our Lady of the Poor trusted us. She associates us with her work. We therefore commit ourselves to it with generosity and fidelity, by responding to her invitation: Believe in me, I will believe in you , as Mgr Kerkhofs (December 8, 1948), Mgr van Zuylen and their collaborators did.

On the occasion of the 75 th anniversary of the Apparitions, the Bishop of Liège reaffirmed the reality of the Message of 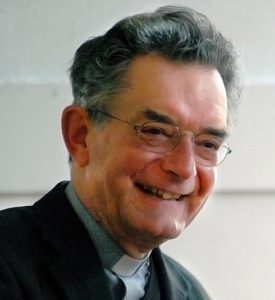 Banneux (review Our Lady of the Poor January-February-March 2008): In 1949, Mgr Louis-Joseph Kerkhofs, Bishop of Liège, definitively recognized the reality of the apparitions and of the message. Like my predecessors, I want to confirm this recognition: the apparitions and the message of the Virgin of the Poor are worthy of faith. I am particularly struck by the evangelical melody of the sign and the words.
The Mother of Jesus always refers to her Son. He is the source of real life, of life in fullness. He came to bring the Good News, the gospel to the poor.
He is the Savior of men, of all people, of all nations … The whole Gospel message resonates in our hearts and is confirmed when we hear Mary say to us: I am the Virgin of the Poor… May the Virgin of the Poor pray for us, as she promised us. And we pray with her especially for the sick, for peace and justice in the world, as she asks of us.